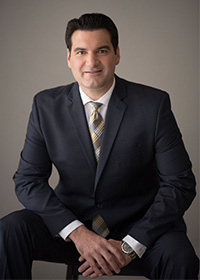 With over 8 years of legal experience in two states, Peter has helped everyone from homeowners to contractors, as well as investors and business owners,  to resolve contract issues, construction-related disputes, and employment concerns. He makes it a priority to devote the time, care, and attention necessary to meet his client's needs.

Peter is an alumni of Florida Atlantic University, graduating summa cum laude with a Bachelor's Degree in Marketing in 2007. He then obtained his Juris Doctorate (J.D.) from Northeastern University School of Law in 2010. He was licensed to practice in Massachusetts in 2010, and then in Florida in 2016. Throughout his career, Peter has worked with business owners and individuals, representing them in State and Federal court and in administrative proceedings, and helping them with resolutions to their toughest construction disputes. Most recently, Peter worked as an Associate Attorney for the Law Office of Kevin F. Jursinski. P.A., before leaving to found Fisher Law Office, PLLC, in 2018.

Fisher's connection to the Fort Myers, FL area runs deep. Before becoming an attorney, he was a professional baseball player from 1998 to 2005. After he was drafted in the fourth round by the Minnesota Twins, he played for the local minor-league team, the Fort Myers Miracle. After Peter's legal career took him to Massachusetts, Peter was eager to return home to Southwest Florida, where he opened his own practice in 2018.

Peter has multi-state experience, maintaining licenses to practice in both Florida and Massachusetts, and continues to represent clients in Massachusetts through an Of Counsel affiliation with Goldman Law Group. Working in both State and Federal courts, Peter represents clients in construction, business, and employment-related matters, from the U.S. District Court to local administrative and licensing agencies.

Attorney Peter Fisher is committed to putting his clients' needs first. He'll be there when you need him at the negotiating table, in front of administrative agencies, or in court.

Peter M. Fisher, At A Glance 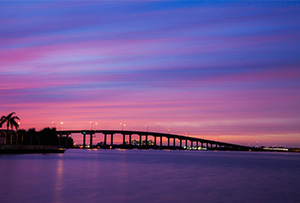